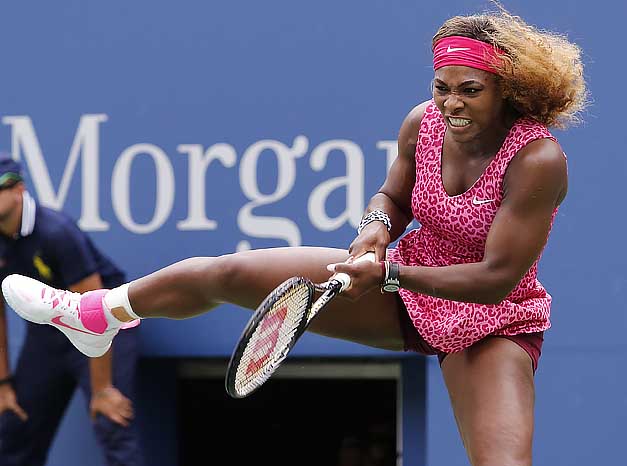 It would be easy for someone who has received every notable accolade in their particular field to call a premature end to their career. What motivates an individual to continue when sometimes the work is harder than the reward is sweet? Ask 18-time Grand Slam champion Serena Williams. Her sustained success has brought her deserved riches – having bagged over $60,000,000 in prize money, she is the all-time highest-earning female tennis athlete – and yet the 35 year old still pushes on.

Williams has had her time away from the court. July 2003 saw the Michigan-born player go under the knife in an effort to fix a problem with her quadriceps tendon. The surgery came after Williams defeated her elder sister Venus in the year’s Wimbledon final to claim successive titles and achieve her sixth Grand Slam trophy since turning professional in 1995.

An eight week prognosis turned to eight months with a series of supposed comebacks falling by the wayside. Her absence was not only prolonged by the stubbornness of the injury, but also by the death of her half-sister Yetunde Price, who was shot by a gang whilst travelling in her husband’s SUV.

The then-22 year old announced her return to the court prior to the annual Nasdaq-100 Open event in Miami, Florida (March, 2004) though her rivals had already dismissed her chances. Williams had appeared to have had her head turned by celebrity during her absence with appearances in films and on TV, even voicing a character in the ‘Spongebob Squarepants Movie’. Short-lived World Number one Justine Henin-Hardenne told the press that she thought it would be ‘difficult’ for the former star to compete after the break, whilst Jelena Dokic was even more out-spoken in her criticisms.

‘This story is over. I don’t even want to hear comments about Serena anymore.’ The Croatia-born Australian reportedly told journalists in an ill-considered rebuke.

In true Serena style, she left that tournament victorious, beating Jennifer Capriati in an all-American final. This was Serena’s second Miami Masters tournament win, a competition she would rule supreme at another five times. One does wonder about the affect of her contemporaries’ words on the Champ’s enduring desire to conquer all.

In the subsequent months Williams, still coached by her father Richard, rocketed back to World Number One status. The Great Lakes State girl picked up nine more Grand Slams and secured a WTA Tour success before having to take another enforced break in July 2010. Standing on a piece of glass saw her diagnosed with a life-threatening haematoma and pulmonary embolism.

Her return to the court wasn’t as smooth as her previous, less serious injury. It took almost four months from her March 2011 recovery and a number of early tournament exits to hit the world-beating form that she had displayed prior to her unfortunate accident. She claimed both the 2011 Bank of the West Classic and the Toronto Masters in quick succession. Despite these title wins, she finished the year in the rank of 12th. Seven Grand Slams, including successive US Opens, later, the sports icon has climbed her way back to her rightful place at the top of the tree.

Maybe this is the real reason why a much-decorated person in a particular discipline continues in their endeavours despite already having earned legendary status; because they once almost lost the ability to do the one thing they love and they know that one day they will have to give it up. So why call it a day so soon?

The pioneer of the ‘Serena Slam’ is currently juggling competing in the twilight of her career with a knee injury after an illness saw her withdraw from this year’s China Open. Still, she is uncatchable at the top of the WTA World Rankings.

The current US Open champion’s continued achievements have seen her sign a number of deals with global brands such as Nike and Gatorade. Indeed, she also owns shares in NFL football team, the Miami Dolphins, being the proud owner of a $4million Palm Beach residency. A luxury nobody would deny her after remaining committed to her passion and serving aces with life’s lemons.