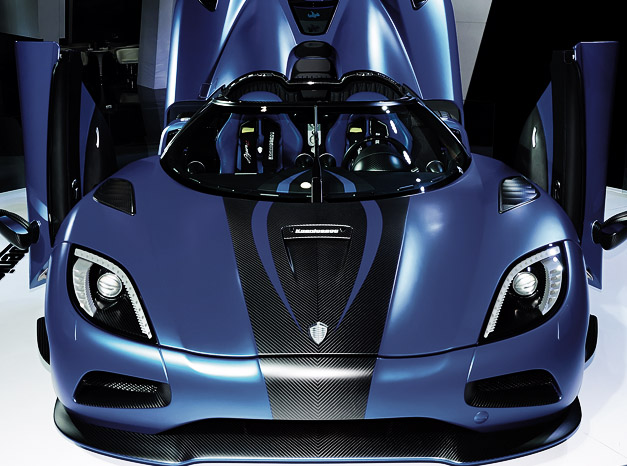 Fastest Car in the World?

What’s the fastest car in the world today? Koenigsegg claim the Agera R can reach 273mph — but no official evidence of that has ever been produced. However, the Agera R can do 0-62mph(100km/h) in an astonishing 2.9 seconds, 0-200mph in 17.68seconds and 0-300km/h in 14.53seconds — which was a record for acceleration until the Hennessey Venom GT did it in just 13.63 seconds in early 2013. Officially, the Bugatti Veyron Super Sport still holds the overall top speed record at 268mph and is still the (world’s most expensive car), but the Koenigsegg Agera R has triumphed in all other aspects of speed. Most importantly, it beat the Veyron Super Sport in the 0-186mph (0-300km/h) with a time of only 14.53 seconds compared to the Super Sport at 16.7 seconds.

This is thanks to Koenigsegg’s philosophy of complete focus on performance. Every single detail of a Koenigsegg car is measured against their continuing goal: to enhance vehicle performance. Nothing is insignificant. The way they choose their raw materials, their staff, the setup of their facilities, their software, tools, systems and maintenance. Only the best of the best is used inside a Koenigsegg, following a Swedish minimalist aesthetic. Materials used include aircraft-grade aluminum, carbon fiber, precious metals and two types of leather. A high-definition touch screen mounted on the center stack groups the Agera’s navigation, climate control, entertainment and connectivity functions into a single unit. Unlike many startup supercar manufacturers, Koenigsegg designs and builds all switches and stalks in-house. Even the steering wheel and seats are made of carbon fiber. The dashboard interface is customization, with central high-def touchscreen for audio, navigation, bluetooth and fancy performance meters and data displays. Every aspect of the development process is focused on delivering the best possible performance. The fruit of this philosophy, this painstaking attention to detail, is a flawless car with extreme performance and only the absolute highest quality. 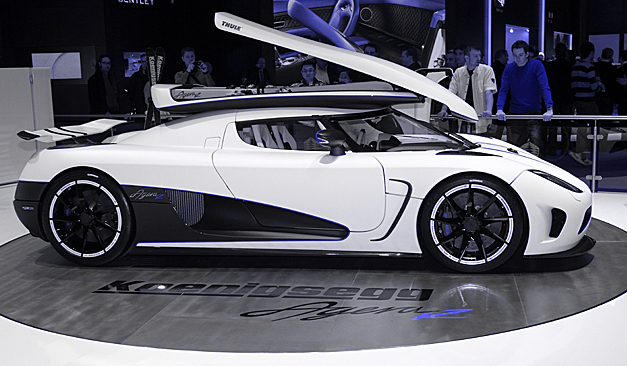 The new Agera R is also among the world’s most expensive cars, with a price tag of $1.7 million. The R model costs $200,000 more than the standard Agera. And when you’re dropping that much cash, you might as well spring for the R. The Agera R is a ‘hypercar’ that runs on E85 biofuel instead of regular gasoline in the standard model. The car gets 16 mpg, which is pretty decent for 1110hp car that just broke a world speed record. The Agera R can run on normal 95 octane gas, but you loose 100hp and green bragging rights. The Agera R – a name that means “take action” in Swedish – is powered by a 5.0 liter V8 engine that is twin-turbocharged and weighs just 434 pounds and miraculously manages to meet required global emission standards. This gives the Agera R the unofficial world record of high power to low CO2 emissions and fuel consumption.

Contrary to what the aforementioned numbers might suggest, the Swedish supersports car isn’t all about power. Huge brakes on all four corners enable the Agera to accelerate from zero to 124 mph and come to a full stop in just 12.6 seconds.

This green powerhouse of an engine is attached to new 7-speed gearbox to only the rear wheels and features the world’s first dual clutch system for a single input shaft gearbox. The unique triple-damper suspension has the front wheels wider than the rear, with the most cutting-edge ABS system, electronic differential and traction control. It also has special Michelin tires, custom designed only for the Agera. Note the turbine-shaped wheels, which actually work as turbines to create more down-force and cool the massive breaks. The monocoque chassis is made completely of carbon fiber, keeping the car ultra-stiff, even with the detachable roof removed. It also has a sweet rear wing on the back that goes up when you drive real fast. 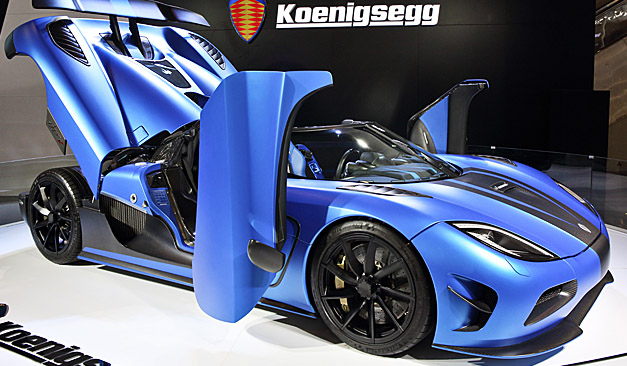 While cargo capacity is not what most supercar buyers are after, Koenigsegg proudly states the Agera is the roomiest car in its class with 4.2 cubic feet of trunk space. The model shown above features the optional winter package with roof box. It includes specially designed Michelin snow tires and a separate roof with the fixed box for your skis. The roof box, made by Swedish company Thule, has been tested up to 186mph (300km/h). So yes, this makes it the fastest roof box in the world!!

Buyers have access to a long list of options including different rear wings, stripes and decals, over ten exterior colors, three different wheel designs, miscellaneous upholstery colors, heated seats, a rear-view camera, four-point racing harnesses and, believe it or not, a pair of skis that matches the car.

The story of Koenigsegg is as fascinating and unique as the cars themselves. Its founder, Christian von Koenigsegg was only 5 years old when he first saw a stop-motion film from Norway about a bicycle repairman who builds his own racing car. The film must have made an impression, as a young Christian grew up dreaming of creating the perfect sports car. Some 17 years later, and against all the odds, he did just that. With extraordinary determination and vision, Christian explored the limits of both technology and innovation to create the Supercar of his dreams – the Koenigsegg CC. The Koenigsegg CC was the manifestation of a dream and its successful completion gave Christian the courage to continue, and to share his quest for perfection with others. 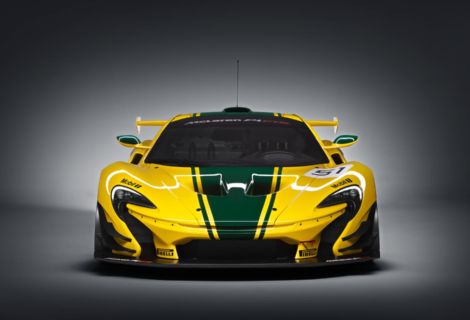 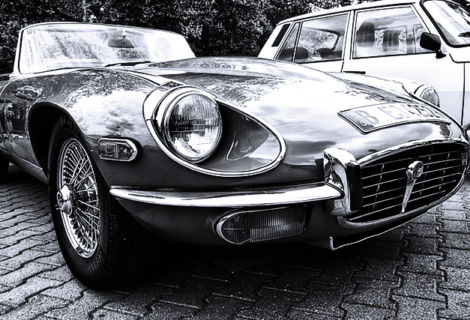 Classic Cars of the Future – The Time To Buy Is Now!

The Art of Swedish Massage