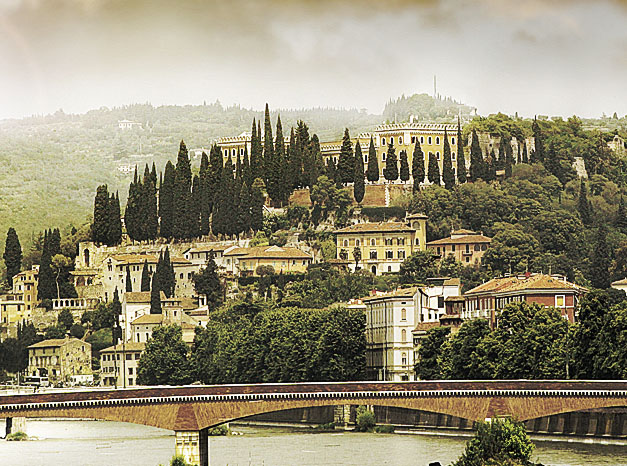 If you just can’t resist glistening treasures and beautiful designs, look no further than the Rajasthani capital. Royal Gems and Arts occupies the stunning ancestral haveli of the Choudhary family, with walls and ceilings adorned with frescoes inspired by medieval Rajput paintings. The family collection of antique jewels and gemstones will leave you spellbound. Jaipur is a hotspot for jewellery; we recommend visiting the studio of Vinesh Kumar Makeshwari, who makes beautiful Mughal-style jewellery, as well as browsing the contemporary designs at Bhandari Jewellers. Gem Palace is a city landmark within the lovely havelis on Mirza Ismail road, with antique jewels from the coffers of Maharajas as well as modern designs. Craftspeople across Rajasthan continue to produce beautiful goods. Anokhi Museum in the Amer foothills is dedicated to the dying art of block/hand printing, and Neerja International is one of India’s leading manufacturers of blue pottery, with a range of homeware and accessories.

…for an adrenaline rush

Known for its year-round opportunities for adventure, Queenstown is the beating heart of this stunning country. In Winter, there’s skiing, snowboarding, and a vibrant après-ski culture, as well as activities such as snow-shoeing and ice-climbing if you like to set your pulse racing. Spring sees the landscape bloom and is the best time to make the most of lakeside tracks. Summer is great for campers, and the long days mean more hours for swimming, hiking, bungy jumping, boat rides, skydiving, or lazy days on the beach. Alfresco dinners are a great time to plan your next day’s escapades. Autumn’s colours make for picturesque bike rides and hikes, and this is also a popular time for golf; Queenstown provides access to internationally-renowned competition courses. Vineyards and wineries are also at their best in Autumn.

…for dancing the night away

Austin’s increasing reputation for live music and a good bar scene has seen a rise in obligatory music and touristy hotspots, making it harder to get to the authentic core of the city. There are lots of bar districts to discover: newly emerged Rainey Street caters to the wealthy F1 racing crowd; East 6th Street has become a hipster haven for the tattooed, bearded party animals; South Congress Avenue is an atmospheric shopping and people watching area, with a few good restaurants and bars; and South 1st Street, a few blocks from Congress, is a newer favourite, with food trucks, fancy restaurants and vintage shops. The festivals are still worth heading to – City Limits, South by Southwest, Blues on the Green and Pachino Latino Music Festival to name just a few. There are justly famous venues – Antone’s for blues, The Broken Spoke for country, and The Continental Club for all sorts of roots music – but part of the fun will be stumbling upon something or checking out the listings when you’re there.

…for a little romance

My colleague recently described a wander through Verona as ‘walking through art’, and it really is true. It’s also compact, walkable, and more relaxed than other Italian cities such as Naples and Rome, giving you plenty of breathing space to enjoy the romance of it all. Piazza delle Erbe is a great people-watching spot with art-adorned façades and a buzzing atmosphere. There’s so much to love in Verona: the views from the top of Torre dei Lamberti; the gelato at Gelateria Savoia (you know it’s good when the locals are queuing); the art at Castelvecchio; the boutiques on Via Stella; the antiques on Corso Sant’Anastasia; operas in the arena; the pizza in the romantic garden at Pizzeria Leon d’Oro. And at Casa di Giulietta you can embrace the cheese and scribble a love note on the walls before posing for a photo on Juliet’s balcony.

…for walking through history

For archaeology and anthropology, there’s nowhere more riveting than the ancient Inca capital. Cusco’s cathedral is built on the site of an original Inca palace, and the city’s colonial churches house historic artworks and the tombs of Conquistadors. Our favourites of the ruins include Qorikancha; today just a shadow of its former self, it was once the richest temple in the Incan empire – entirely covered in gold. Fortresses and battle sites loom: there’s Sacsayhuaman – first occupied a millennium ago – and Ollantaytambo in the Urubamba Valley an hour or so away, where Inca chief Manco Capac defeated the Spanish Conquistadors. The citadel at Pisac watches over the valley, and its grounds bear evidence of early agricultural terracing and astronomy. Museo Inka has a wonderful collection of metalwork, pottery, jewellery, textiles and mummies, and Museo Irq’I Yachay showcases paintings by local children, which incorporate fascinating symbolism passed down through the generations. La Casa Concha Museum is relatively new and gives an interesting insight into the digs at Machu Picchu.

Amidst the winding alleyways of ancient Marrakech lie some of the world’s most luxurious city bolt holes – where sophistication surrounds you and nothing you experience will be anything short of heavenly. Exploring an atmospheric city by day and then retiring to a plush hotel is a winning formula. Storied La Mamounia has a great central location but is cocooned by wonderful gardens; Amanjena boasts some of the best service in Morocco, as well as spacious rooms and tranquil grounds which mean you can’t help but wind down; Palais Namaskar offers an idyllic sense of escape, with the majestic Atlas mountains as the backdrop; and at Royal Mansour, built for the king, your very own riad will be serviced by helpful staff via a network of underground tunnels. If riads are more your scene, we recommend Riad Farnatchi for its large rooms within the medina, top-notch service and roof-top breakfasts. Riad Joya combines historic walls with contemporary, minimalist design and a peaceful, calming atmosphere.

It’s hard not to stay relaxed when the sun always shines and your biggest decision is which beach to head to. South Beach lives up to the stereotype: you’ll find surfers catching the turquoise waves, perfect bodies reclining on the golden sands, and people rollerblading down Ocean Drive. Celebrities rub shoulders with hipsters at pavement cafés, designer boutiques, lounge bars and dusktill-dawn clubs. Among the favourite hangouts are the Nikki Beach Club and the Opium Garden, while great restaurants include Joe’s Stone Crab – known for its legendary lime pie. For an easy workout, join the locals for paddleball, Frisbee, football or volleyball. Surf instructors are also on hand, and a sunset yoga class is not to be missed. Key Biscayne, though not as beautiful as Miami Beach, compensates with its serenity. The northernmost island in the Florida Keys, it has maintained a tranquil air, with pristine beaches, waterfront parks, and gorgeous city views.

In Beijing you can take your pick from a staggering array of regional and international cuisine. One of our favourite new experiences is a cooking class in the city’s famous hutong – ancient buildings full of character. The hands-on classes are led by a master chef and allow you to experiment with Chinese staples. Dining out is the main social activity in Beijing; where’s ‘hot’ changes all the time, but some of our current favourites include: Da Dong for the best roast duck; Sichuan Fandian for fiery Sichuan dishes; The Temple for high-art western fare in a Ming dynasty temple complex; King’s Joy for field-fresh vegetarian; and Najia Xiao Guan for hearty Manchurian cuisine including dishes with venison and wild duck. Black Sesame Kitchen, the favourite on tripadvisor, offers a unique experience which can include a cooking class with the chefs, while The Grand Hyatt’s Made in China has become something of an institution. Noted for its northern Chinese fare and open ‘California kitchen’, it’s vibrant, noisy, and exudes energy.

When you think of BA you might imagine Latin beats, lazy coffee shops, quirky boutiques, alfresco dinners and tango displays – and that’s exactly how it is. The people of the Argentinian capital are individual and cool, with a fun-loving spirit and lots of passion. Palermo is the hipster district, with cool coffee shops such as Pani and Oui Oui, and hole in the wall restaurants serving mouthwatering steak. Great shopping can be found on Honduras and Gurruchaga Streets, as well as in Armenia Square. Alternatively, try one of the pop-up ferias (markets) you may see advertised. Elsewhere in the city, the Sunday San Telmo Flea Market is a buzzing fair, with live music, tasty street food and plenty of local art. Come sundown, head to Palermo Soho – the courtyard at Olsen is the place to cool off alongside the locals in the steamy summer months – and dance until the early hours at a milonga or tango club.

…for a little bit of everything

Imagine a vibrant, cosmopolitan city with a sweep of beautiful beach and a perfectly-placed mountain, full of superb restaurants, intriguing art, great festivals, and warm, welcoming people; it seems as though all of the good things in life are packed perfectly into South Africa’s southern city. Take in the beautiful setting as you stroll along the beach, relax in Kirstenbosch Gardens or take a cable car up Table Mountain. Exploring on foot enables you to discover boutiques, restaurants, coffee shops, and workaday pockets of the city for yourself, but we recommend a guide to bring alive the history or food scene. Historically important sites include Robben Island, where Nelson Mandela was incarcerated, and District 6, which has a must-visit Apartheid museum. Shopaholics should head straight for Greenmarket Square or the market at Old Biscuit Mill, while art lovers will get lost for hours at galleries such as AVA, Rust-en-Vrede and Cape Quarter. Cape Town has more excellent restaurants than I can mention, but a favourite experience is a cooking class at Bo Kaap in the colourful Cape Malay Quarter. 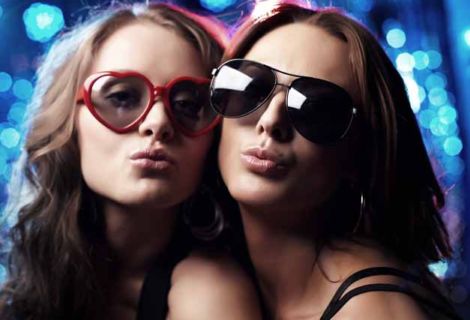 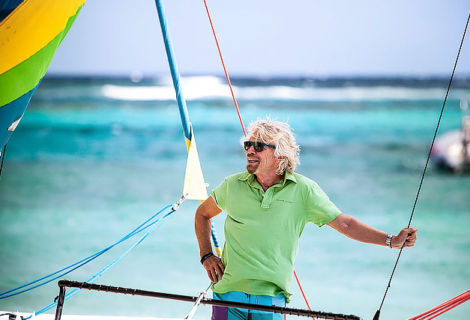 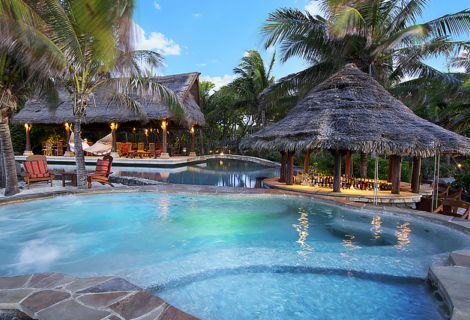 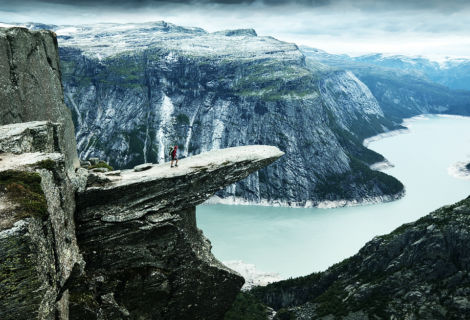 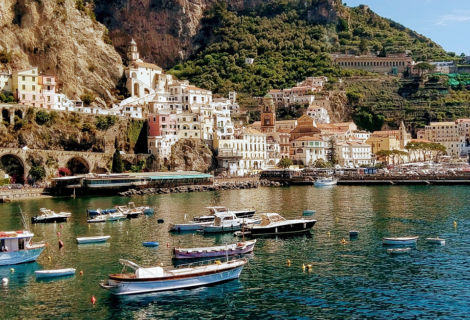